The Great Harry Hillman is a Swiss post-jazz quartet, which has been playing together for twelve years. You’re correct to assume that a band named in tribute to an American athlete of the early 20th century is not your ‘normal’ jazz band adhering to staid standards. Their music combines jazz, rock, and improv into a subdued, layered, yet thrilling sound – quiet but powerful, played by four thoughtful musicians who are more than capable of rocking out when they feel like it. More often than not rather they wrap the listener in delicately constructed sonic webs of indefinable beauty. After Livingston (2013), Veer Off Course (2015, Klaeng Records) and TILT (2017, Cuneiform Records) The Great Harry Hillman now presents their first live album „Live at Donau115“, recorded in Berlin. 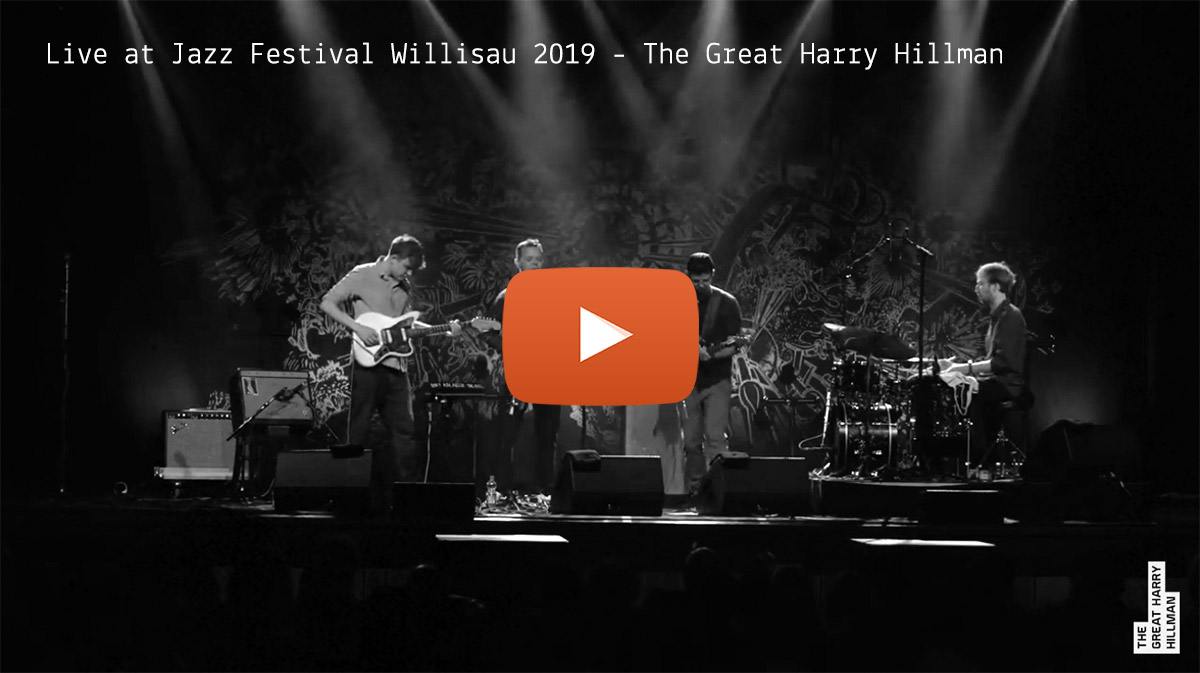